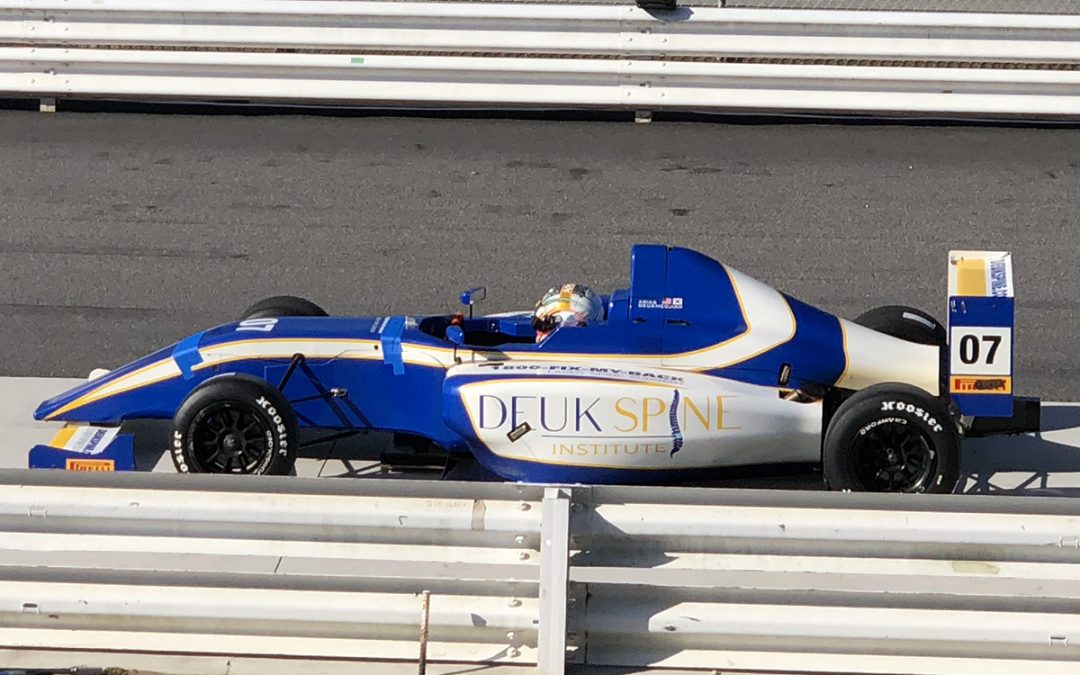 After competing in several private tests in his home state of Florida, and then traveling to NOLA Motorsports Park for the F4 United States Championship Powered by Honda Series Test in March, 13-year-old Arias Deukmedjian stood atop the podium in his open wheel racing debut. Competing in the Formula Race Productions program at the famed Road Atlanta facility, the Deuk Spine Institute backed driver claimed one pole position, one victory and two podium results in his Jay Howard Driver Development prepared Ligier/Honda F4 machine.

Entering the event to gain experience and develop his race craft, Deukmedjian would join several other F4 drivers as they ran on track with the F2000 Championship Series but were scored separately. Learning the track with each passing lap and competing against elder drivers with much more experience, the Holy Trinity Episcopal Academy turned heads with his speed and results.

“It was a great first event for me as the goal was to complete every race lap, learn, and try to minimize mistakes,” explained Deukmedjian. “While I still have a ton to learn and will work hard in doing so, this past weekend helps me build confidence for future events.”

Taking on the challenging and picturesque Road Atlanta facility, Arias Deukmedjian would start his weekend with a second place result in qualifying for race one after a successful test day. Showing speed and poise in his first event, Deukmedjian drove to the front completing a pair of passes in the final three laps of race one and was able to hold on to secure the victory in his debut race.

Back to the track on Sunday, Deukmedjian would build on his confidence gained from the day before and secure his first ever pole position. Leading the field to the green flag and enjoying some great wheel-to-wheel battles, the Asian-American driver closed his weekend with a second place podium result.

Deukmedjian continued, “That was fun! I can’t wait for the next event.”

Arias Deukmedjian will return to the karting ranks in less than two weeks time as he will enter the Superkarts! USA (SKUSA) SpringNationals. Taking place at the PKRA facility in Glendale, Arizona, Deukmedjian will be reunited with Leading Edge Motorsports and will look to build on his podium from round one and fast lap honors in round two back in early March.