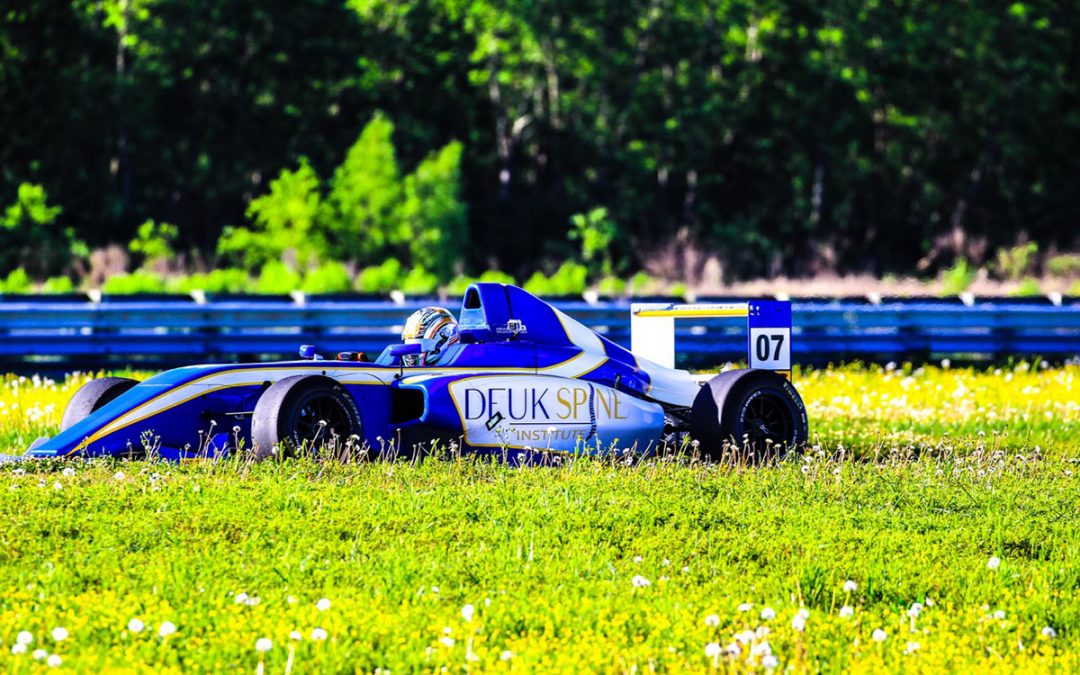 After a win and a double podium in the F4 division at the F2000 Championship Series in April and a double victory at the Superkarts! USA (SKUSA) SpringNationals in May, Arias Deukmedjian will look to carry the momentum into this weekend at Virginia International Raceway for the Formula Race Promotions F2000 Championship Series. With three wins in the past four on track attempts, the talented Floridian hopes to continue his recent success.

“It has been a good few months of racing and I am looking forward to getting back on track at Virginia International Raceway,” explained the 13-year-old. “I will continue to expand my knowledge in the car racing world as I gain experience for my future career.”

Competing in his Deuk Spine Institute backed F4 car, the Merritt Island resident will take to the track Friday for official practice sessions and later that afternoon for qualifying for Saturday’s wheel-to-wheel competition. Sunday morning will see qualifying for the second race on the weekend which will take place later on Sunday afternoon.

2018 has been a terrific season for Deukmedjian as he is consistently seen near the top of the time sheets. Claiming race wins and podiums at the SKUSA Winter Series as well as the SKUSA Pro Tour, Deukmedjian also secured podium results and fast lap honors in the ROK Cup USA Florida Winter Tour. On the strength of two victories and three podiums, the future motorsports star is the current championship point leader in the X30 Junior class at the hotly contested Superkarts! USA Pro Tour outfit.

Deukmedjian continued, “Most drivers focus on getting to the next level while still in their current season. I am doing it different as my major focus is still karting, but mixing in some F4 testing allows me to prepare for 2019 and beyond.”