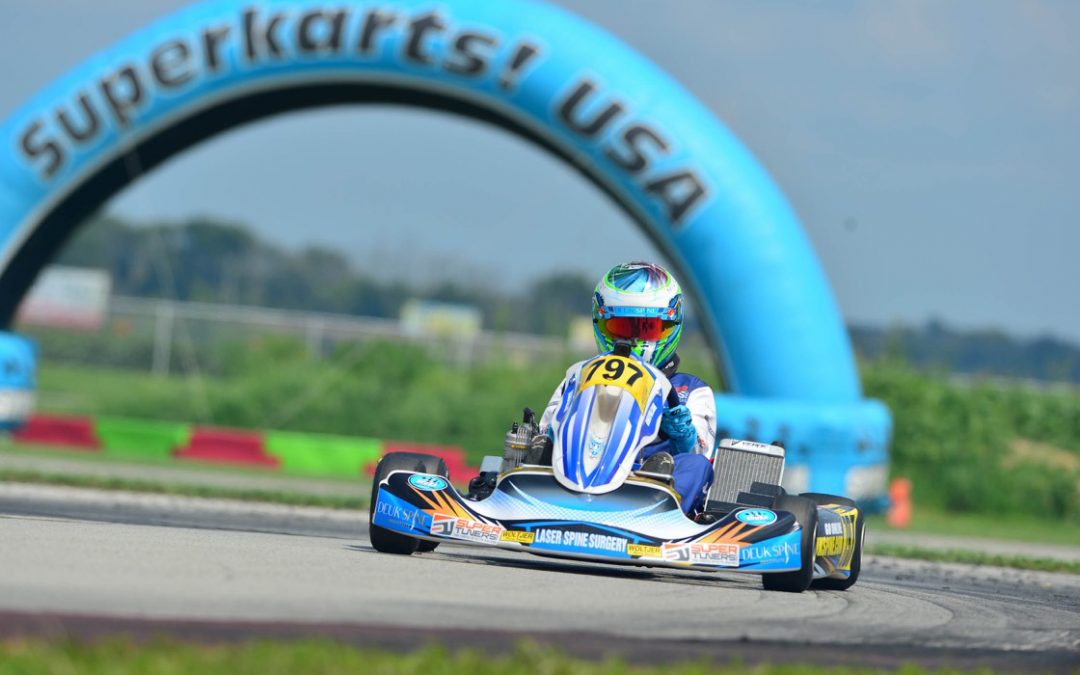 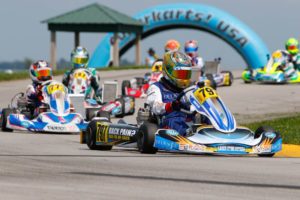 Joining forces with the Leading Edge Motorsports program for the start of the Superkarts! USA (SKUSA) Pro Tour, Deuk Spine Institute driver Arias Deukmedjian completed his season triumph two weeks ago by claiming the X30 Junior National Championship. On the strength of a pair of victories, multiple podium results and a pole position throughout the six race program, Deukmedjian proved to be the most consistent and fastest driver in nearly every event weekend of the toughest karting program across the nation.

“What a season it has been and we achieved the goal that we set earlier in the year,” expressed Deukmedjian. “I feel that this season has been my breakout year in the Junior ranks and I am looking forward to finishing it strong.”

Kicking off the challenging Pro Tour program back in March, Deukmedjian’s first event with his new squad was a successful one at the NOLA Motorsports Park. Overcoming some issues in qualifying, the Holy Trinity Episcopal Academy student started his championship bid with a second place podium result on Saturday, and overcame a first corner incident in Sunday’s main event to drive from 38th to 14th while claiming the fastest lap of the race.

Deukmedjian continued, “It was not the start that we wanted to the championship but we are fast and can overcome the challenges. I will need to be consistent for the rest of the season and try and win as many races as possible to get back to the front of this challenging championship battle.”

The next two rounds took place at the PKRA Karting facility in Phoenix, Arizona where Deukmedjian dominated and took control of the series championship. Qualifying inside the top-ten during both Saturday and Sunday’s wheel-to-wheel competition, the Korean American driver secured two main event victories and an incredible points haul to take over the top spot before the final event weekend of the season.

With the series title on the line in Indiana, Deukmedjian did what he needed to do to be named the X30 Junior National Champion. Securing the pole position by more than three tenths of a second over his nearest rival, Deukmedjian had to overcome some on track contact and adversity to ensure his national championship win. The Merritt Island resident secured a pair of fourth place results and valuable points to be named champion and will be crowned later this year at the SKUSA SuperNationals in Las Vegas.

“After our event in New Orleans I realized that I needed to qualify better and I worked on that throughout the rest of the events in 2018,” concluded Arias. “Improving a little in Phoenix and more in Indiana, I was able to put myself at the front of the field and battle to stay there during wheel-to-wheel competition.”

Arias Deukmedjian would like to thank Leading Edge Motorsports, Greg Bell, Tiffin Willareth and Susan Shriver for all of their hard work and efforts in this championship winning performance.

For more information on Arias Deukmedjian and his racing program, please contact Ara Deukmedjian via email to [email protected]