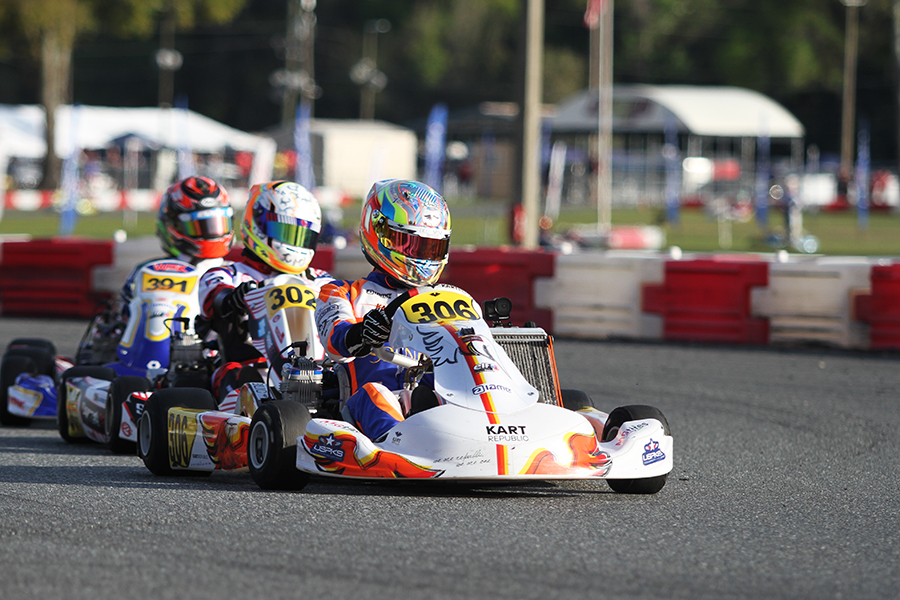 Arias Deukmedjian is back at it again with another major victory in the X30 pro division. This is the second year in a row he has won the opening round in this prestigious racing event.

Ramirez was able to get away clean to score the race win with Kyffin Simpson (SCR / Redspeed) winning the fight for second. Ramirez led the field to the green flag and led the opening five circuit until Senior rookie Connor Zilisch (Nitro / Redspeed) took over the point for the first time. He led two laps before Ramirez took back the top spot. Waiting in the wings was EKN Driver Rankings co-#1 Arias Deukmedjian (Zanella / Kart Republic).

The lead pack was four for much of the race with Braden Eves (MGP / Will Power Kart) and Deukmedjian trailing. After Zilisch stint at the point, Deumedjian began making his way forward, working past Eves and then Zilisch when he was dropped back to second. With three laps remaining, Deukmedjian pulled the trigger on Ramirez, taking over the lead. From there, Arias would go on to win the opening round for a second straight year in the X30 Pro division.